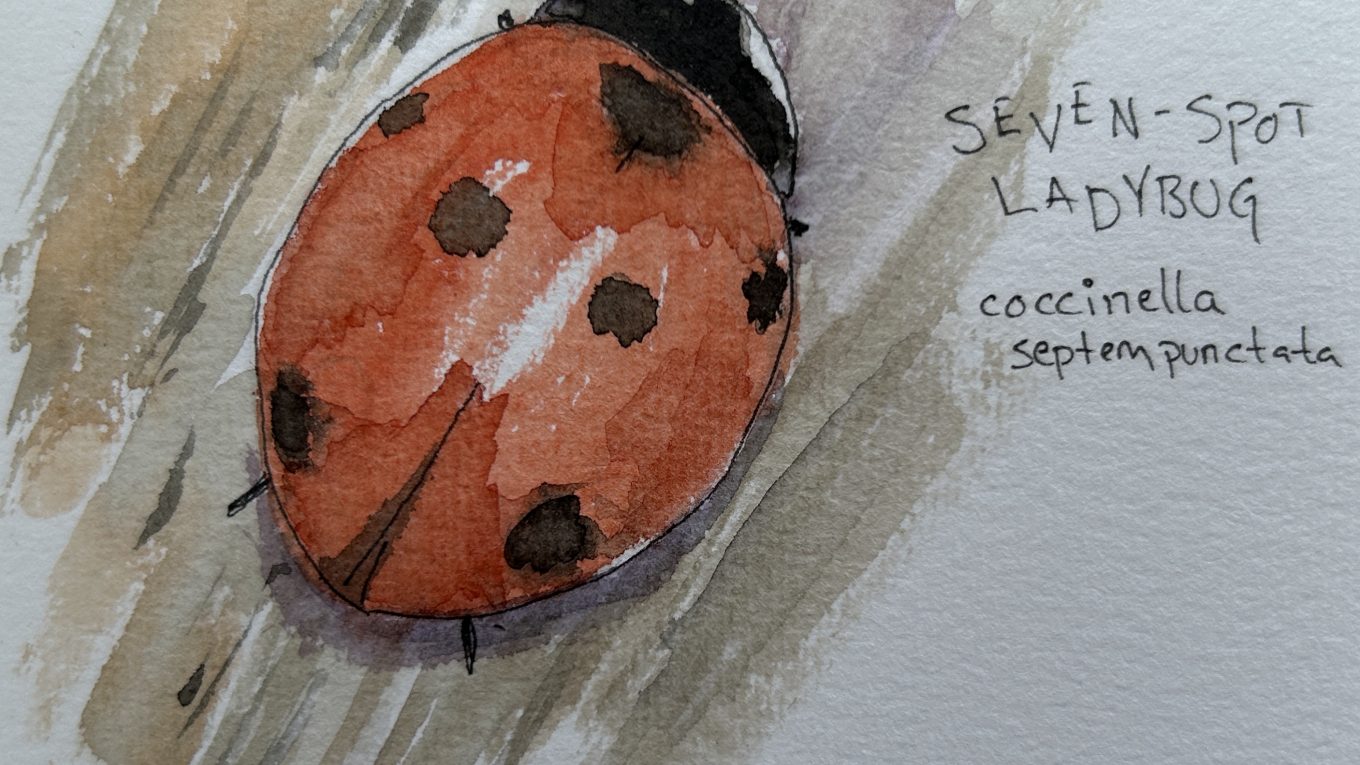 Did I mention that I have a biology degree? It factors into this post, so it’s worth mentioning now. Bachelor of Science with a specialization in molecular genetics and minor in entomology, convocation 1999.

I can’t say that I’ve used it much in my career, though having it has opened numerous doors.

And occasionally it rears up as a useful bit of dormant knowledge in my head such as when I need to help my daughter study for a science exam, or I decide to open up my sketchbook and draw an insect.

A couple weeks ago we were roaming around New York City and I was busily drawing urban sketches of the parks and the buildings and the people. We visited all sorts of sights worth seeing for any nerdy, arty sort of guy, including not only museums but also the 5th Avenue branch of the New York Public Library.

They have a gift shop.

And I bought a gift. For myself. A gift that was both arty and nerdy.

I bought a leatherbound sketchbook made with lush Italian paper with an embossed logo from the library on the cover. It looks and feels like I pulled it out of the golden era of philosopher scientists, as if Charles Darwin himself might have lugged it around in his satchel to record his evolutionary observations.

But what to do with it?

As a photographer I have collected hundreds of backyard bug photos over the years. This has come useful in the last few days as the weather turned bitterly cold and the only insects to be found are the occasional housefly who doesn't know better than to knock himself against the icy window pane. Bugs are beautiful subjects and present an amazing opportunity for artists of watercolour. Some will tell you that flowers are the way to go, but the diversity of the insect world is equally as vast and colourful, and leaps beyond blossoms in complexity and interesting reference material. Recreating intricate body designs, dazzling hues and sheens, detailed hairs and eyes, or the feathery hint of translucent wings is a challenge that can be rewarding for any who attempt to paint a bug. From butterflies to beetles, dragonflies, bees, and ladybugs, even a swarm of ants can make an interesting subject.

The obvious solution (that took me a mere two weeks to spark upon with a golden eureka moment) was something dutifully scientific.

This afternoon, having paged through ten years of photos and plucked fifty or so macro pics of various kinds of local arthropods, I painted the first of many pages in my new notebook: a ladybug sitting upon the bark of a tree in my backyard.

I added the name in both English and Latin as a finishing touch.

And I love the result. Paintings of nature. Of insects. Maybe plants. Possibly even some flowers here and there. Ultimately a kind of quasi-scientific collection of art linking me back to that otherwise unused university degree. Darwin might have been proud.